You are here: Home > Knowledge base > Animals > Daub (Kudu)

The Hai||om say that when the kudu cows were about to give birth, they would move away from areas where they were living. From October to February, when the foals were born, very few kudu bulls were found close to the pan; during this period, they moved alone towards the south, into the bush and forest areas.

Kudu meat and fat is good to eat, especially around December, but before the rain they are thin and without much fat. The pregnant cows keep their fat until they give birth, at the beginning of spring, at which time the bulls are thin.

Kudu are alert and can smell an approaching hunter on the wind. This made them a challenge for the Hai||om to hunt, as they would scatter as soon as they sensed their presence. Only good hunters could come close enough by stalking them (||haba) to shoot them with poison arrows. Waiting for kudu in hunting shelters near to water was not a favoured method of hunting them; and only lazy hunters would try to hunt them with dogs. 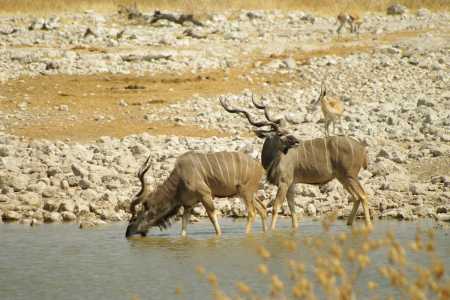 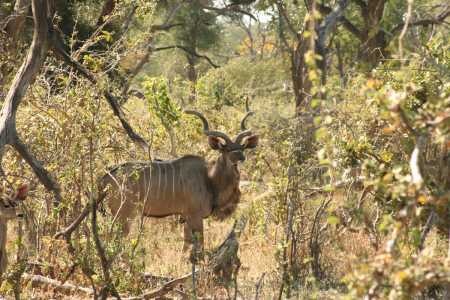 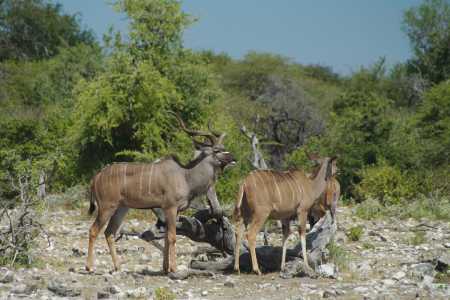 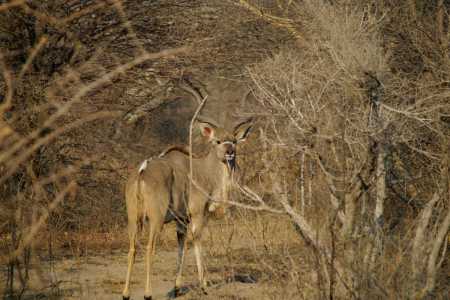