You are here: Home > Knowledge base > Animals > Gaob (Wildebeest)

Wildebeest (sometimes also called gnu) prefer open plains and short grass to graze on. Over the course of a year, they follow the same general east-west migrations as zebra, though their range does not extend as far west. They typically occur between Okaukuejo in the west and Fisher’s Pan, with some continuing north towards ||Khudi and Ibare. After a gestation period of nine months, a single calf is born between December and February. From October to February, the bulls leave the herds and move alone.

The Hai||om hunted wildebeest using bows and arrows. They were most often hunted in the cold period between May and July, usually at the pan and the adjoining plains. When they used dogs, they did not need to hunt with poisoned arrowheads; without dogs, they did, because otherwise the wildebeest would run far away after being shot. The meat was not particularly sought after or very important as a source of food, and the fat was not good, as it quickly became hard. 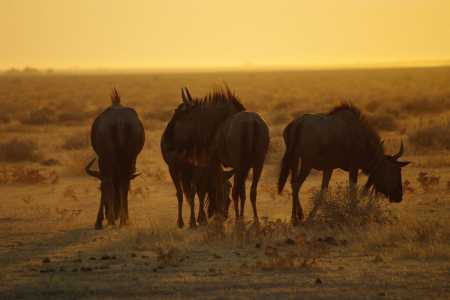 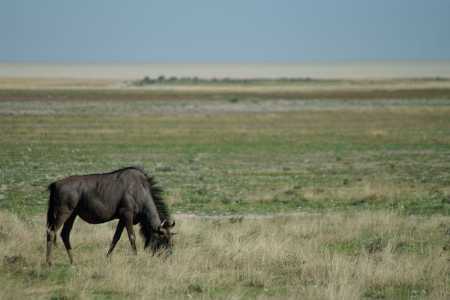 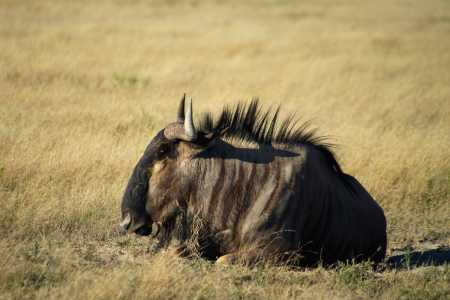 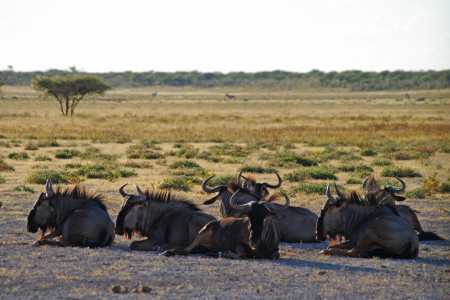