You are here: Home > Knowledge base > Animals > |Khoob (Oryx)

Oryx are found throughout Etosha, but are perhaps more common in the drier west. They do not migrate like zebra, springbok and wildebeest do; they are often found in the area around and to the south of !Gobaub, and also at ||Nububes and Tsînab. They are also found on plains with soft, dusty ground (!khuwus). Towards the end of the year, they move a bit further north to the pan. Some mature bulls are loners – except when they do meet other bulls, in which case fighting is the order of the day. They feed on grass and are fond of |iirun (the larvae of the mopane emperor moth, Gonimbrasia belina), but they will also eat leaves such as ‡oos (Combretum apiculatum, kudu bush) and !gabas (Catophractes alexandrii, trumpet thorn), and dig for roots and bulbs.

The meat is good, but you have to be careful with the fat, as too much will affect your heart. Before the rain they can become very thin, except for the lone bulls, which tend to be in good condition most of the time.

Oryx were hunted by stalking and sometimes also with dogs, even though this could be dangerous for the dogs. In any event, the hunter who relied on dogs was not really esteemed. 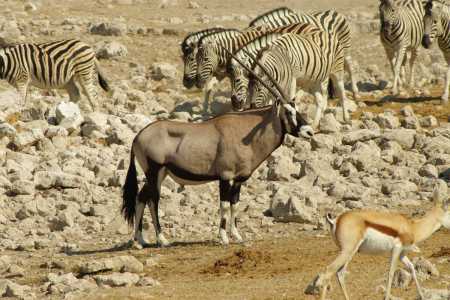 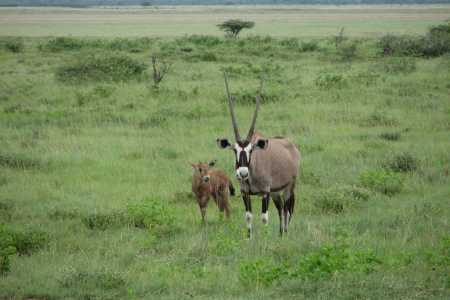 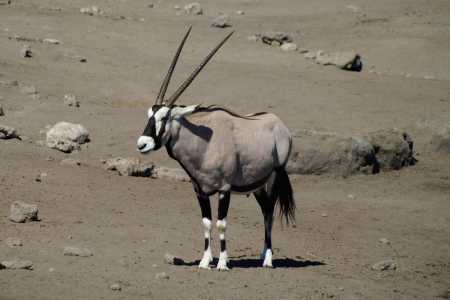 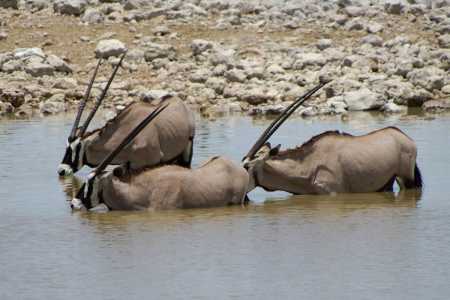