You are here: Home > Knowledge base > Animals > Lion

- Lions, people and the spiritual world -

Stories about the consequences of eating lions reveal that lions, more than other predators, were respected by the Hai||om as colleagues and friends, as equals. Lions were also a source of divine power. The ||gamagu (spiritual agents) held sway over the land and the people, preventing inappropriate behaviour. The death of the lion-eater ||Oreseb was interpreted as being a direct consequence of his having eaten lion meat. 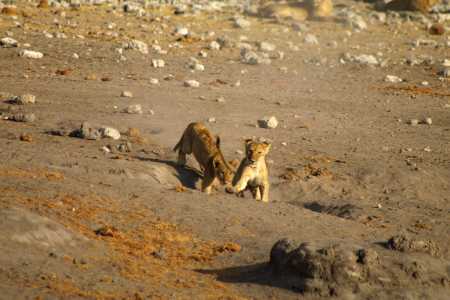 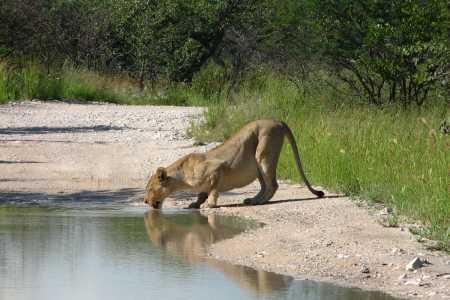 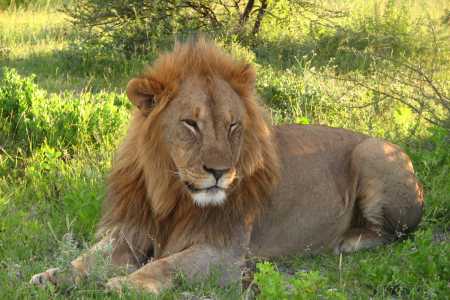 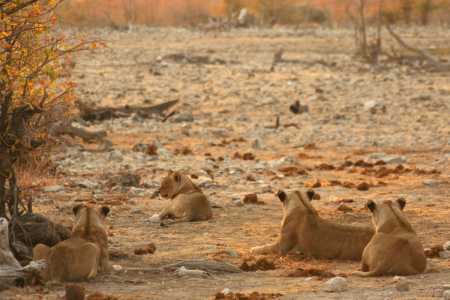 ||Gamagu would also punish other misdemeanours, like excessive hunting. The !gaiob (shaman) could mediate between ||gamagu and humankind, and ||gamagu could also be asked for support, for example to bring rain. This perception of the Hai||om – that the world is not divided into a natural one, on the one hand, and the world of human society, on the other – is shared with other hunter-gatherer societies, for example the Mbuti of the Great Lakes region of central Africa; the Batek of Malaysia (who are also gender-egalitarian); and the Nayaka of southern India.

Regarding the latter, Nurit Bird-David writes:

"... Whereas we [Westerners] commonly construct nature in mechanistic terms, for [some hunter-gatherer groups] nature seems to be a set of agencies, simultaneously natural and human-like. Furthermore, they do not inscribe into the nature of things a division between the natural agencies and themselves as we do with our “nature-culture” dichotomy. They view their world as an integrated entity... "