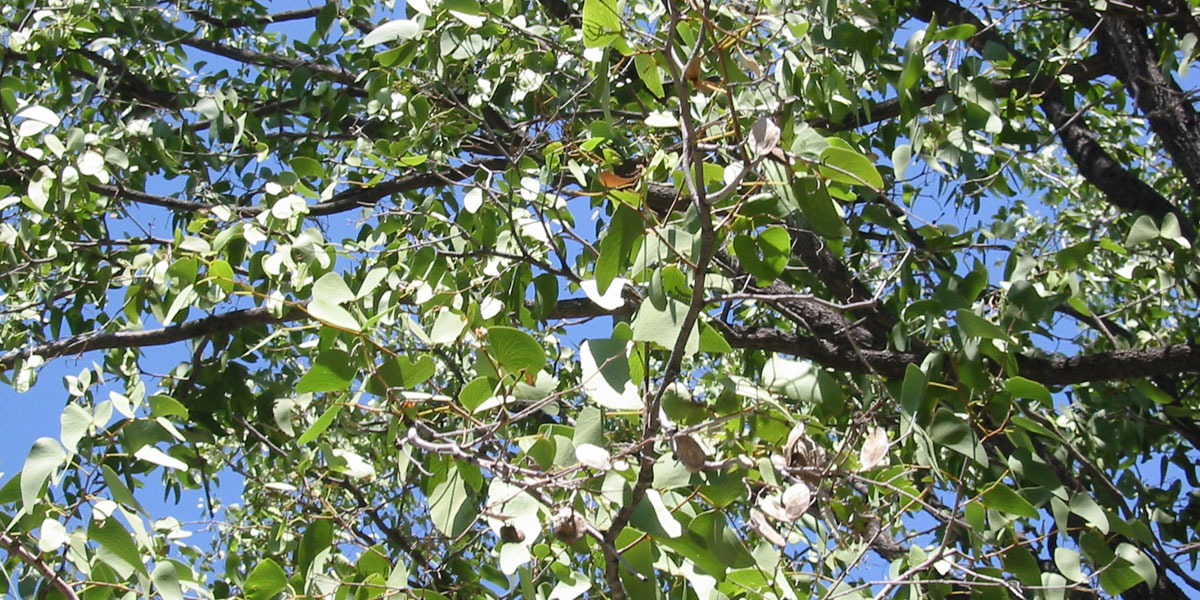 ||Gâis (Colophospermum mopane, mopane) is the tree species constituting the dominant form of vegetation in many parts of Etosha. Its wood is used in construction and also provides a valuable source of fuel, while the bark is used to make ropes. The ||gâis excretes a sweet, aromatic resin from the leaves and petioles, considered by the Hai||om to be a delicacy. It is eaten directly from the plant, but can also be collected and stored. The Hai||om also collect the seed pods with their numerous resin glands; they crush the kidney-shaped seeds to extract an aromatic powder which is used as sâ (perfume). During the rainy season, the tree is host to large numbers of the highly nutritious larvae of the |iirun (Gonimbrasia belina, mopane emperor moth) which feed on the leaves to such an extent that they often strip the trees completely bare within a few weeks. |Iirun are collected in large quantities and are considered a delicacy by the Hai||om, and indeed by many other people as well.