You are here: Home > Knowledge base > Waterholes & places > Bikab (Ombika) 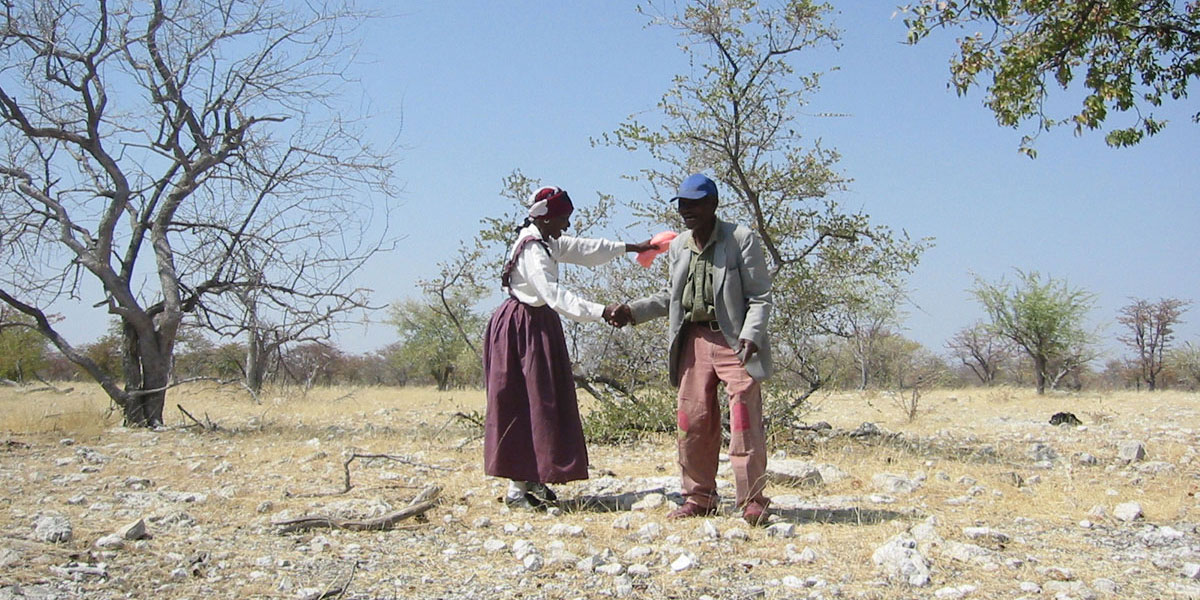 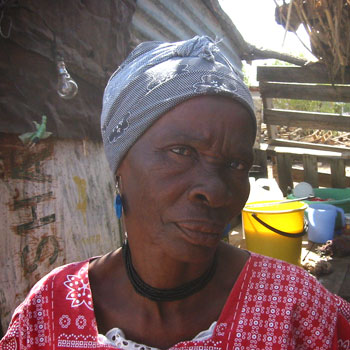 Mina !Noboses, born ||Gamgaebes, was born at Ombika around 1940. As she was a very small baby, she was given the nickname “Ticky” – like a ticky coin, which was worth 2½ cents in the former South African currency. On a research trip, she could still show the exact location of the hut she lived in close to the waterhole. However, being able to do so was an unusual privilege: apart from lacking transport, the Hai||om in the normal course of events no longer have the right to visit their former settlements, as free movement in Etosha is prohibited.

At various times during Ticky’s early childhood, her father, Franz ||Gamgaebeb, worked at the Okaukuejo police station. Hai||om often took temporary employment to earn some additional income to supplement what they could hunt and gather. Ticky’s family also spent time on farms outside the park, where her father tended the sheep of white farmers. Other family members also worked on these farms, and Ticky learned how to milk cows.

In the 1950s, Ticky’s father returned to Okaukuejo to start working at the newly established tourist camps. Ticky and some other family members accompanied him. During that period, the Hai||om used to perform traditional dances for the tourists on Wednesday and Saturday evenings. Ticky was amongst the dancers, and remembers that time very well. 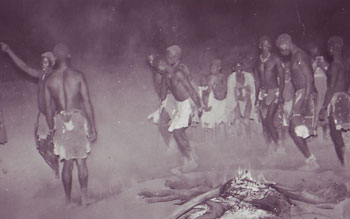 Later, Ticky was employed as a domestic worker by game wardens and the veterinarian at Okaukuejo. Around 1959, she gave birth to a daughter, and two years thereafter to a son. While she was working at Okaukuejo, her mother took care of her small children on a farm where she worked for a white family. In time, Ticky also worked for this family.

In the early 1980s, Ticky met her husband-to-be, who was working on a neighbouring farm. They were formally married (in the eyes of the law) in 1984.

During the 1980s and 1990s, they moved back and forth between the township of Outjo and various farms in the district. Like most Hai||om at that time, neither had ever attended a school; finding employment was always difficult, and those jobs they could secure were usually temporary, and never well-paid. After 2000, they did get employment at a supermarket in Outjo for some years. For the rest, however, their only income has been the paltry pension paid by the state to people aged over 60 in Namibia. Ticky’s son is also unemployed; although her daughter has employment, she has children of her own, and so is unable to support Ticky financially. 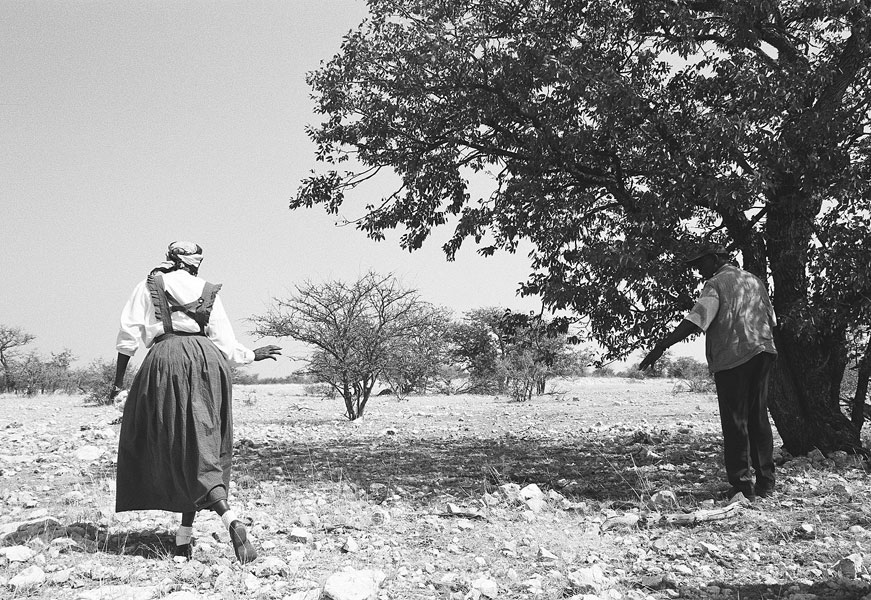