You are here: Home > Knowledge base > Waterholes & places > ‡Gunub (Sueda) 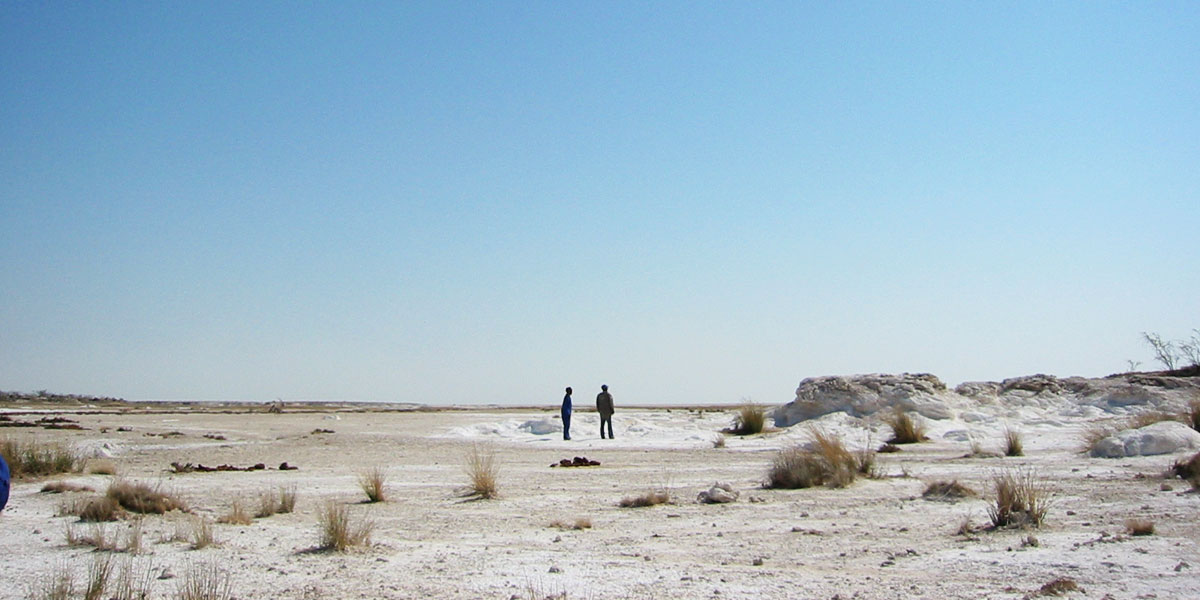 The water at ‡Gunub was too salty for human consumption. The next “shebeen” (as waterholes were sometimes jocularly referred to – shebeens being informal and unregulated township bars) was ‡Kharitsaub (Charitsaub), less than two kilometres away. But places like ‡Gunub were nevertheless useful to the Hai||om, as they provided them with salt, an important exchange resource.

Families living closer to the pan could exchange salt for other valuable resources, for example !khores (Adenium boehmianum), the plant from which arrow poison was extracted; !khores grew further south in the park, and was harvested by families living in those areas. Salt could also be exchanged with Oshiwambo-speaking people, who regularly came to Etosha bearing commodities such as tobacco and mahangu (pearl millet, Pennisetum glaucum), and seeking salt and ostrich egg shells.