You are here: Home > Knowledge base > Waterholes & places > ‡Huiob (Okaukuejo) 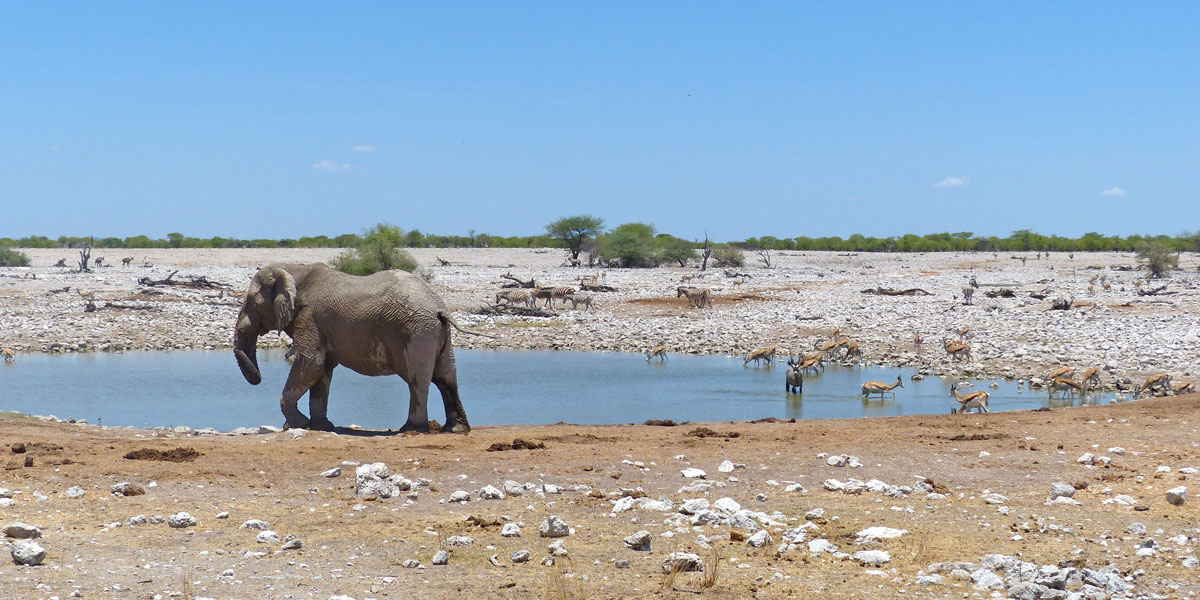 - Developing and maintaining the park and its infrastructure -

During the early days of Game Reserve No. 2, tourism infrastructure was limited or absent. A trip to the reserve was an adventure, and game wardens usually accompanied tourists on their excursions to waterholes. Okaukuejo and Namutoni were police stations, and were seldom visited by tourists. During the rainy season, the roads became impassable, and the reserve was closed to tourists.

During the 1950s, when the Hai||om had to leave their former settlements, locations were built at Okaukuejo and Namutoni. As the authorities required cheap labour, a few Hai||om were allowed to remain in the park, but were required to stay in these locations. They worked as domestic workers and gardeners, helped with constructing tourist facilities at the camps, and built roads, artificial waterholes and airfields in the park; in short, they were essential for the maintenance of the entire infrastructure.

The Okaukuejo gate in the early days

While most Hai||om who were formally employed in the park worked as labourers, some were able to exercise their tracking skills and knowledge of wildlife. Jan Tsumib was born in 1945 at a settlement nearby the waterhole !Nobib, where he spent his youth. For over 30 years, he took care of Etosha’s wildlife, specifically dealing with problem animals and ensuring the safety of the endangered black (hook-lipped) rhino. In due course, younger game wardens benefited from his wealth of knowledge and experience. In July 2007, he was awarded the Life Achievement Award by the Ministry of Environment and Tourism.