You are here: Home > Knowledge base > Waterholes & places > ||Nasoneb (Rietfontein) and ||Nububes 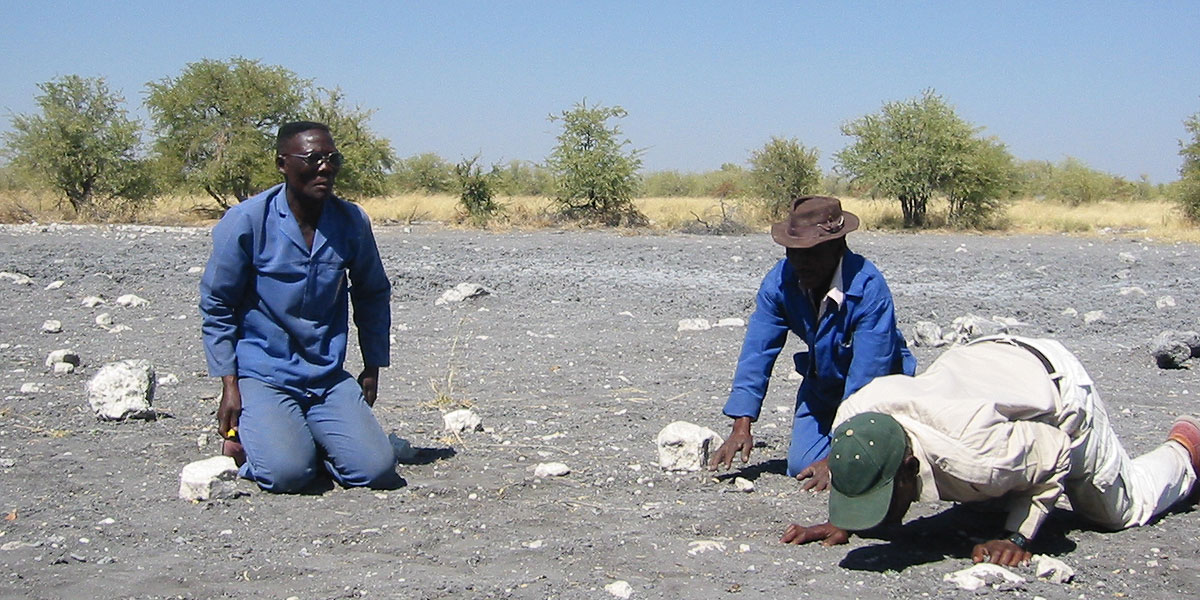 Some of the animals hunted by the Hai||om tend to remain in almost the same place throughout the year, but others annually migrate great distances along ancient routes on an east-to-west axis. Certain animals can be found almost anywhere in the Etosha Pan region, while others are found in very specific locations, depending on factors such as the availability of food, geographic features and even soil conditions. Certain animals cluster together in large groups, while others are found alone or in small groups. Some move very fast, others only slowly; some require water on a regular basis, others do not.

For the Hai||om, the availability of natural resources, especially game and bush food, determined seasonal patterns of mobility. In addition to predictable seasonal movements, there would be local fluctuations from one season to the next in the availability of water at various sources and of grasses and leaves for grazing and browsing, and local animal concentrations varied accordingly; the accessibility of other bush food resources such as edible tubers and the fruits of bushes and trees also varied, and from season to season, the Hai||om would consequently move from areas of scarcity in search of relative abundance.

Hai||om settlement patterns, preferred hunting and gathering areas and choice of walking trails therefore reflected characteristics of animal behaviour, changes in the distribution of game and the availability of water and bush food.

In former times, ||Nasoneb (Rietfontein) was an important Hai||om settlement. Kadisen ||Khumub was born there in 1940; he grew up in the area and subsequently worked for most of his life for the Department of Nature Conservation (later the Ministry of Environment and Tourism) on all manner of tasks related to building up the infrastructure of the park. He retired in 2001, and continued to live with his family in Okaukuejo.

The territory of the headman |Nuaiseb, who was Kadisen’s father-in-law, included several waterholes, one being ||Nasoneb and another ||Nububes, and also the fringe of the pan. ||Nububes (or ||Nubes, as it is also called) is recorded on old German maps of Etosha originating from the early 20th century, but disappeared from the official maps during the South African colonial period. There is no longer a road that passes the ||Nububes waterhole. 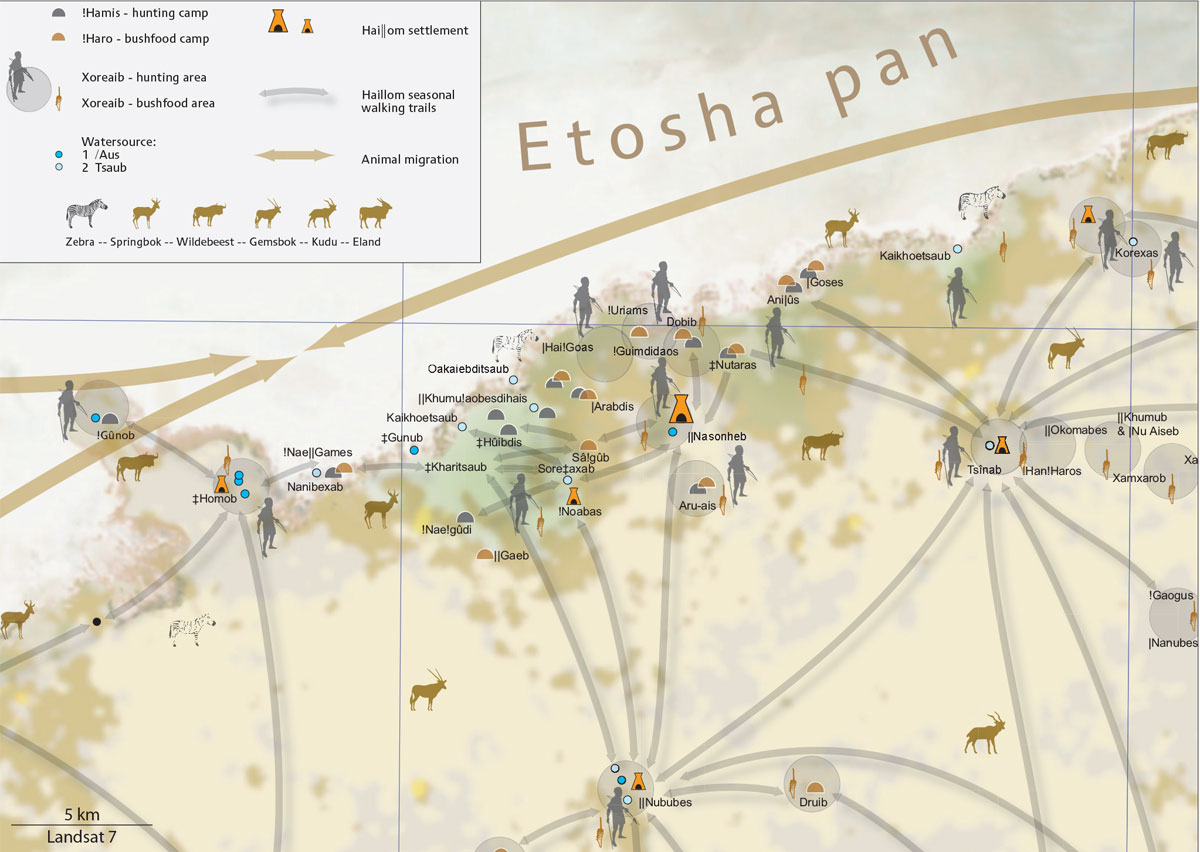 A map produced by the Xoms |Omis Project, with ||Nububes in the south

Kadisen’s family group had permanent settlements at both ||Nububes and ||Nasoneb; family groups had fixed territories; however, family ties always ensured access to other areas as well.

In March or April, towards the end of the rainy season, thousands of zebra, wildebeest and springbok migrate eastwards from the Otjivasandu area in the west of the park, feeding on the short grasses growing on the plains along the margins of the pan. 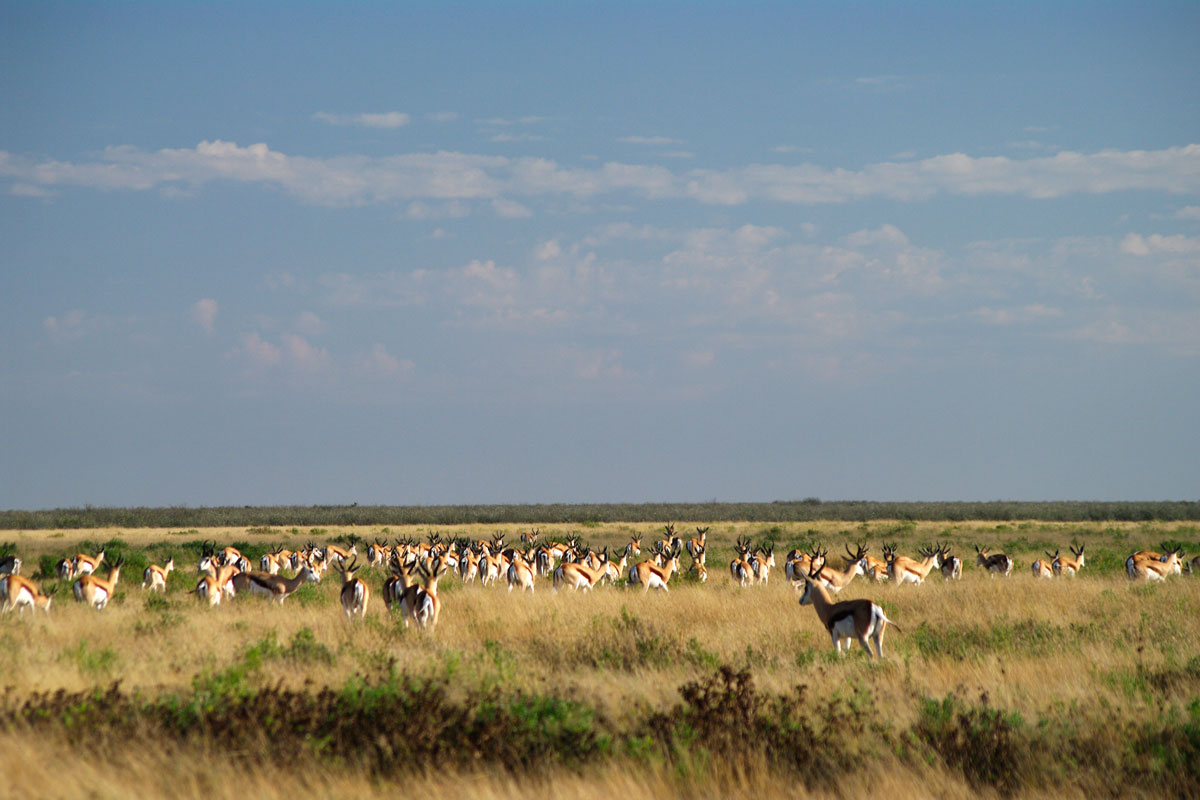 A migrating herd of springbok on the plains of Etosha

Following this seasonal event, in April the men from ||Nububes and ||Nasoneb would be on the lookout for these animals nearby the pan. By May, the hunters would move to !hamis (hunting camps) while the women would remain at ||Nasoneb and ||Nububes. The men would hunt and preserve the meat by drying it, to make biltong. In September they would move back to ||Nububes or ||Nasoneb, bringing the biltong with them to sustain the community during the dry season. For their part, the women would go for two to three weeks at a time to camps (!haros) in areas where specific bush food varieties were ripening. These included uinan (Cyanella sp. – see below) and, in the vicinity of Tsînab (Halali), ‡huin (Berchemia discolor; bird plum).